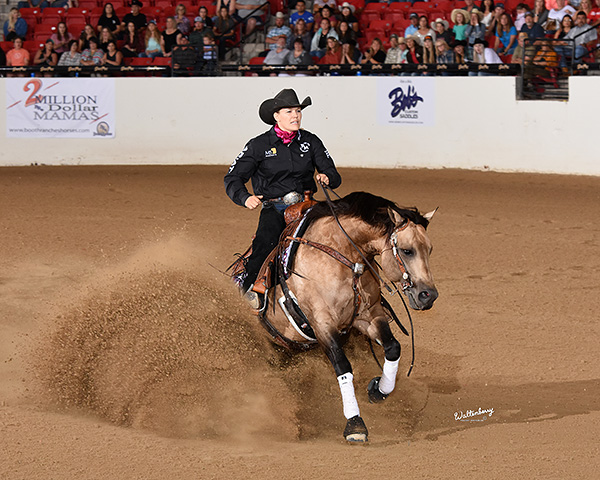 Abby Lengel, Gainesville, Texas, is a wild card in the Run for a Million reining event and a contributor to The Last Cowboy.